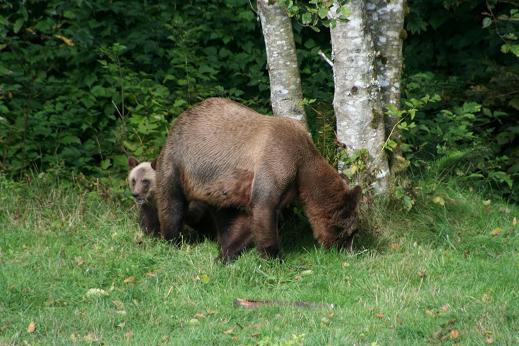 It is a little later in the season with different bears than the ones in Oct. 1st posting but still in the river estuary. This mother and cub have just come out of the salmon berry patch behind the three alder trees. Mom is back to grazing however the cub is cautious as this is only the second time this family has appeared along the shore. The Glendale River mouth has a constant spring population of four to six grizzlies that appear most days and added to that is a roaming population that appears for a week and then moves on to be replaced by a different family. Nature arranged it this way so the guides have some new bears and are never sure what each day will bring.