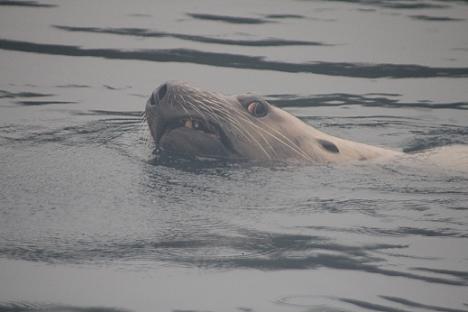 The Steller sea lion (Eumetopias jubatus) are also known as the northern sea lion and Steller’s sea lion. Males are distinguished from females by broader, higher foreheads, flatter snouts, and darker, slightly tuftier hair around their large necks, giving them a maned appearance. Their Latin name translates roughly as “maned one with the broad forehead”. Steller sea lions are known for their curiosity and playfulness, they frequently visit our boats as we watch them on the rock out croppings along the shore. 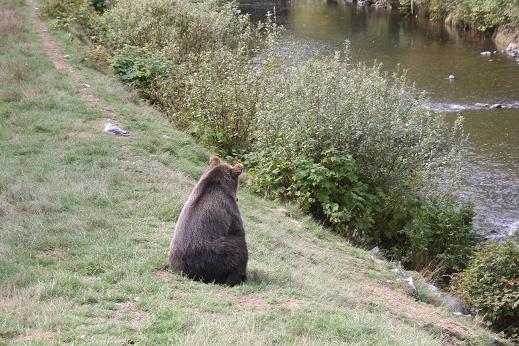 This grizzly came to a point about 8 meters (26 feet) from the base of the viewing platform that overlooks the spawning channel on Knight Inlet’s Glendale River. The platform, which we use after August 24th, provides a view of the man-made spawning channel containing salmon. This is a favourite fishing location for the grizzlies on the lodge’s grizzly bear watching tours. That creates the problem for this bear as will be seen in tomorrow’s post….