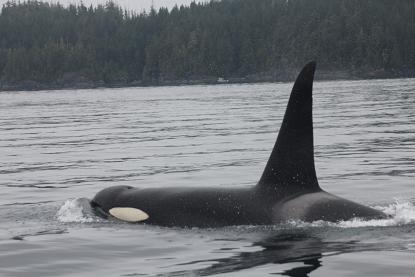 Killer whale is the tourist / media name, Orcinus orca is the scientific name, and Blackfish is the name I grew up knowing. Growing up and fishing in Campbell River on BC’s Vancouver Island orca were frequently in the area. At that time in the 1950’s and for years to come the name used by local was Blackfish. It was not until the mid 1960’s and on the name killer whale came into common use.  After the first orca was captured in 1964 and for the first time, newspapers and magazines including Reader’s Digest, Life, The Times of London, and the Victoria Times gave some positive press about killer whales the name started to become popular. It is not hard to see that a tour or a visit to see a Blackfish did not seem to attract much interest whereas killer whale was media gold.

Returning from a Grizzly Bear Tour 2 of 4 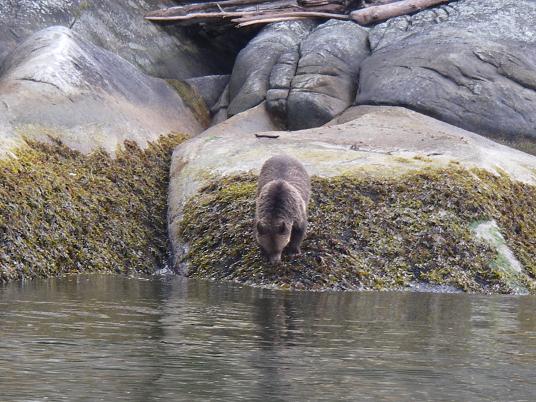 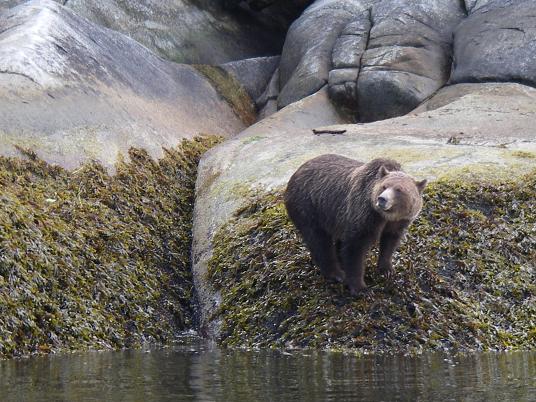 This bear was half way down the inlet in a place that I had never seen a grizzly. We stopped, turned and slowly approached the bear. The key is to take your time and go slowly and there is a good chance for close up photos.