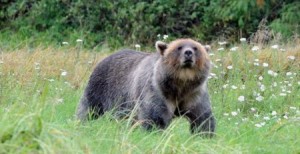 Guest Debbie Zygmut has taken a picture of the classic grizzly bear pose in the estuary of the Glendale River part the Knight Inlet river systems. Standing in the sedge grass head up trying to catch our scent. A grizzly bears sense of smell is better than a dogs as National Geographic says:  “Grizzly bears have “dish-shaped noses” with a sense of smell seven times stronger than a bloodhound’s.”  A common misconception is that bears have poor eyesight. The reasons behind this may be that their sense of smell is so good they need to rely less on eyesight, but evidence indicates that bears’ eyesight is comparable to humans.

Anette and family visit 2 of 7 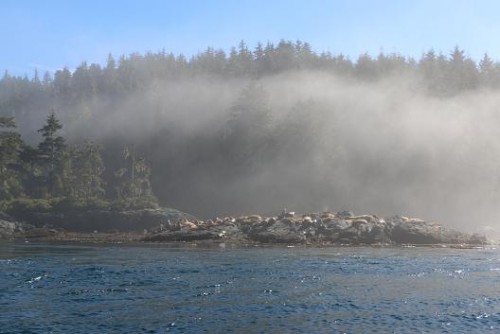 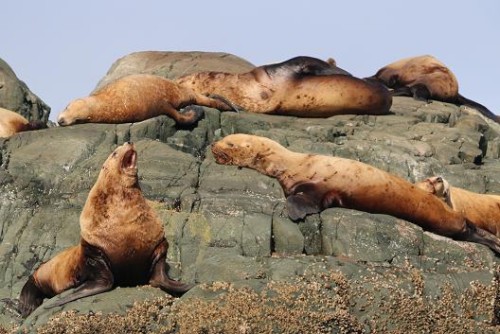 If I read the time stamps on the photos correctly after our time with the killer whales would have come a stop in Telegraph Cove to use the bathroom and stretch our legs. The length of time in the Cove is determined by the guests but in most cases it is short as the action is on the water. After leaving Telegraph we visit the Steller sea lion that spent some time in the area when migrating between California and Alaska. If you look closely to the left of the sea lions there is a bald eagle sitting in the tree drying it’s wings wet from the morning mist. Yesterday’s post continues tomorrow …..