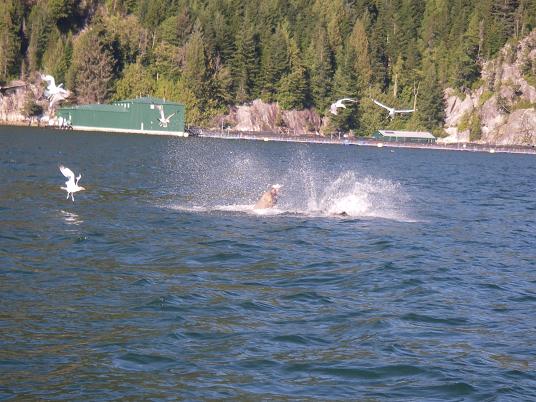 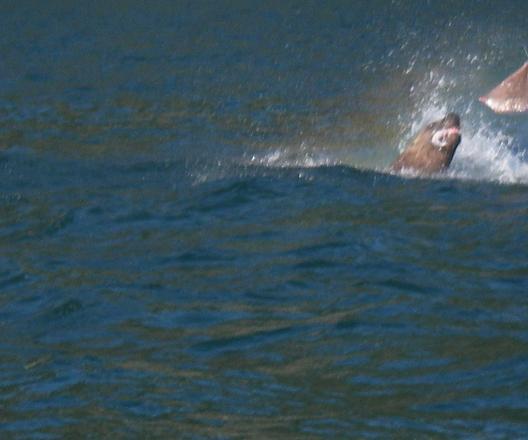 Steller sea lions on the BC coast most often catch and eat their food under water however if it is larger then they come to the surface. The process has the sea lion whipping their head back and forth until they rip a mouthful out of their catch. Once that is swallowed they dive down and pick up the catch and repeat the performance until it is all consumed. The first photo shows the whipping process and the second is all I could get of a close up of the sea lion with a mouthful. From the second photo this appears to be a halibut or some other flounder style fish. 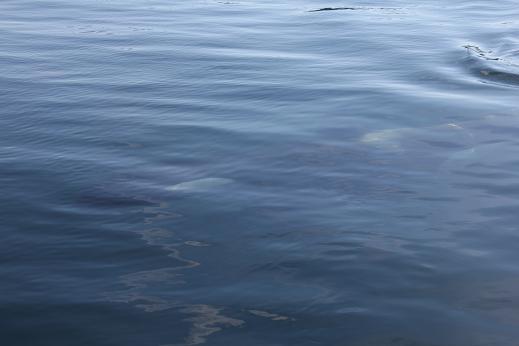 This is a photo taken this past summer by Glen one of our guides. Tomorrow’s post will give you a better view.