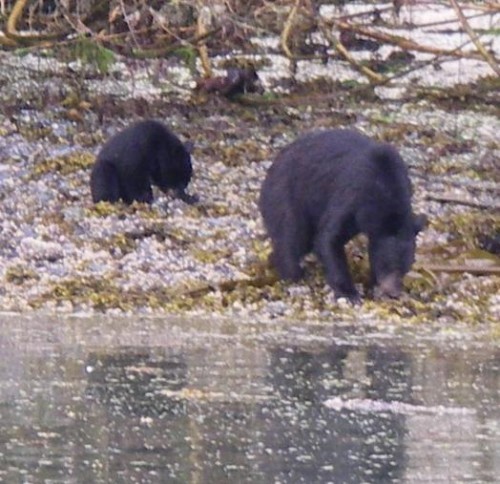 Most bears have the equivalent eyesight as humans; however, like humans, there is quite a bit of variation. Some bears have great vision, and some, especially older bears, may have degraded eyesight. But as a general rule, bears see things in better detail than deer, and about the same as humans.

Part of the poor vision myth comes from the fact that because their noses and hearing are so good that they do not rely as much on their vision. If the wind keeps our scent from the bear we are ignored. What about hearing you say? I have noticed that the bars tend to look up the beach to were normal danger might occur and it appears that they also hear the echo of our motors from that direction and do no look toward the boat. Thus good viewing of black bears. 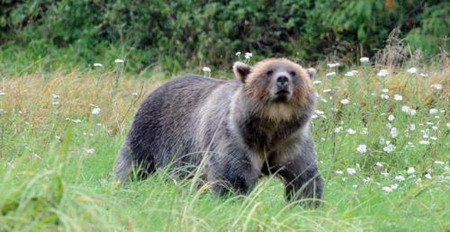 The grizzly bear viewing prior to August 25th is in a river estuary of Knight Inlet. The larger male grizzlies are more concerned with our presence than are the sub-adults or the mothers with cubs. The concern does not mean they run for cover just that they more frequently look our way and are very aware of sudden movements and how fast we proceed up river. This grizzly noted our position but remained in the area for over half an hour.