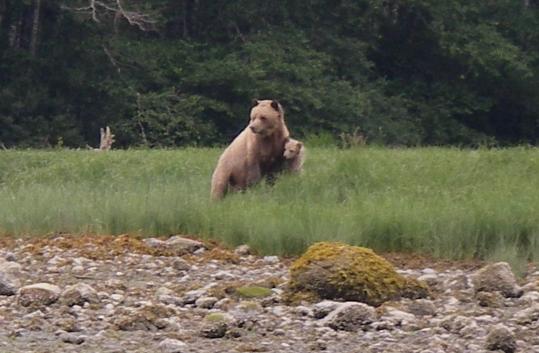 In an instant the mother was in protective mode. Another grizzly appeared on the beach and even though the new bear was a hundred meters (yards) away mother was on alert. The new grizzly was a young male so the mother and cub continued up the beach and the male moved off the beach. No one wants to confront a mother with a cub. 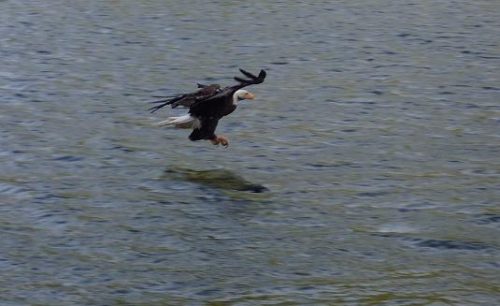 Bald eagles like grizzly bears are pretty good at catching a meal. This bald eagle manages to pick up a small salmon which will keep it’s young happy for a little while until they start to squawk again. Always hungry and never satisfied.