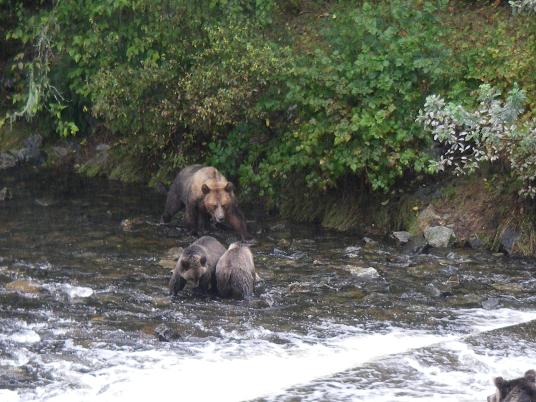 The problem the grizzly is yesterday’s post has is the four bears in today’s. No bear except a large male wants to confront a mother grizzly bear with two cubs. And this was a five-year-old male who wanted time to think about its decision. Also in the photo is another large female but without cubs (head lower right corner). After about five minutes of pondering he entered the river and did some fishing but kept his distance from the other bears. 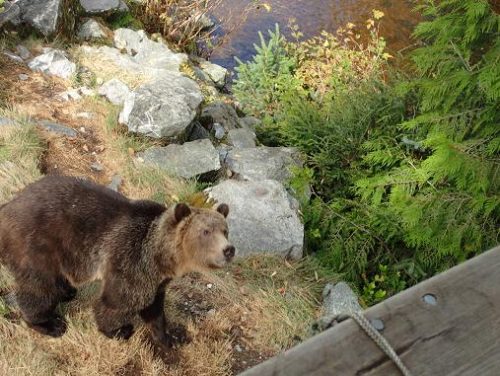 The viewing platform is in corner of the photo and the rock it was standing on in previous post is not far from the grizzly. The top of the railing is about four meters (12 feet) from the ground so you can judge how close the bear came before it passes under the stand.