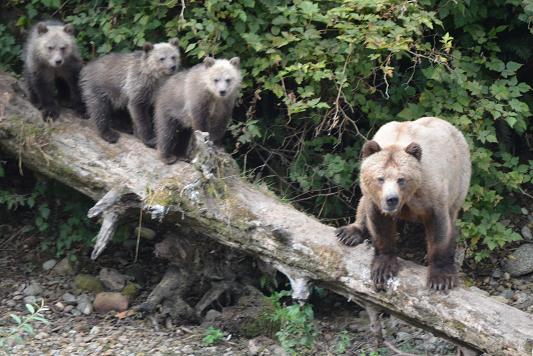 This photo for some reason made me think of “Ants on a log” (a snack made by spreading peanut butter on celery and placing raisins on top). Must be thinking of my grandkids. This is the same bear from the April 19th but she has her cubs close. On this day we were on the river and moving up with the tide and mother and cubs were curious as we sat and watched. She eventually moved into the water and spent time fishing for salmon, which she shared with the cubs. This lasted for thirty plus minutes until the tide rose and the water became too deep for successful catching (fishing was ok just the catching deteriorated).      The bears moved off the river and we proceeded up river in search of more grizzlies. 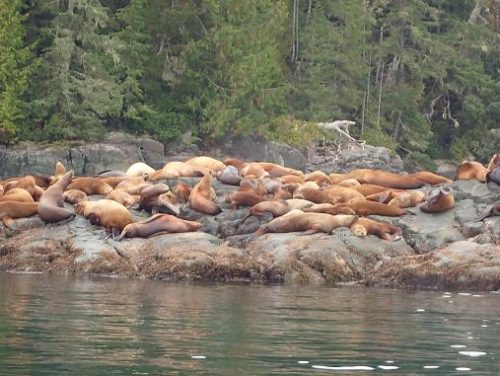 After stopping in Telegraph Cove (see yesterday’s post) we head back onto the water for the second half of the day which means stellar sea lions in the spring and fall as the migrate between California and Alaska. This September day is unusual because all seems quiet on the sea lions haul out. Normally when there are this many stellar sea lions on one rock it becomes a mass of moving bodies with all of them wanting their complaints heard.