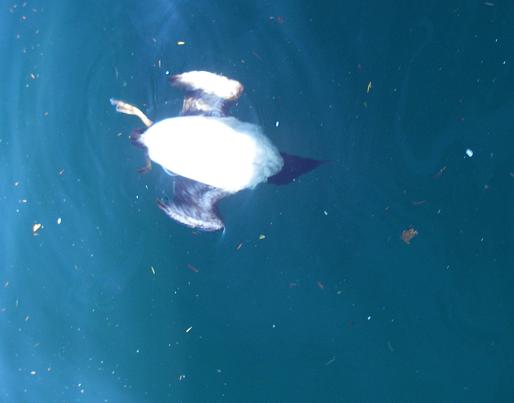 The common murre is a medium-sized waterbird with a black back and head, white underside and a long, slender, pointed bill. Ironically except for the waterbird and bill it also describes an orca / killer whale. On this morning we came upon a lone transient or Biggs orca (they are the mammal eaters). It was odd enough for this orca to be on its own but apparently it travels this way frequently. It was also playing with the murres with unfortunate side effects. It would come up beneath the birds and grab them and then toss them into the air. It would play with them for a while and then find another. It was fascinating to watch but also sad as there were four murres left on the surface.

A Grizzly Bear Bridge to Food 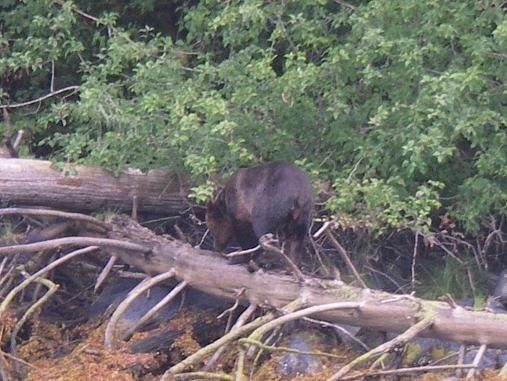 Heading off the beach to the top of the tidal zone in search of berries. Climbing over barnacle and seaweed covered rocks is avoided by using a strategy placed log.