A pleasant morning with the orca on the lodge’s whale watching safari to Johnstone Strait. This area along the shore of Vancouver Island is the summer home to the Northern Resident killer whales. They follow the salmon into the area arriving, most years, in early June and staying until mid-October. The northern residents contain approximately 250 orca in 16 pods. It is a quite area for viewing the orca in that on most mornings there are only five or six boats in the area watching the killer whales so they tend to behave in a natural way. They are not herded about by twenty or thirty boats, as are the Southern Residents near Victoria BC.

A Grizzly story in Six parts 3 of 6 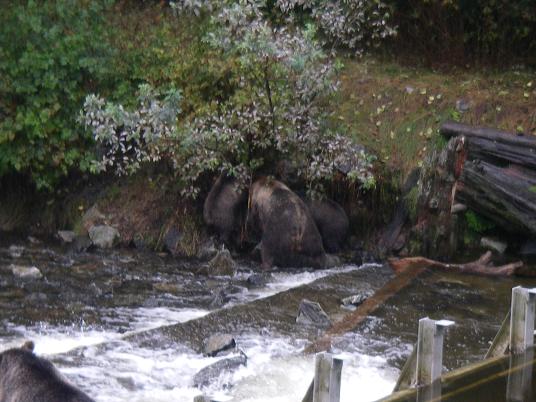 The larger bear did not put up a fight. The mother took the salmon and the cubs back to the nook or their dinner table. The story continues…