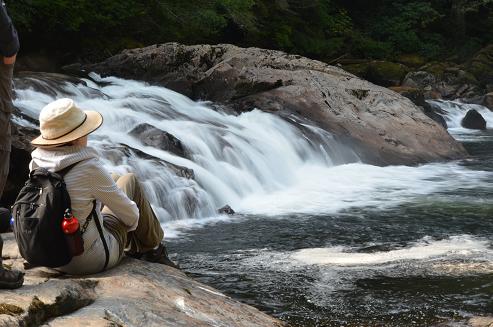 The extra day in camp is spend on a seldom visited (except by our guests) wild river with Trapper Rick. This involves an hour boat ride, traveling over old logging roads by truck, crossing the river by boat, hiking to Rick’s cabin, fishing in the river if interested, a picnic lunch, watching salmon in a fish ladder, enjoying amazing scenery, watching salmon leap the falls below the cabin, and on most days watching grizzlies catching salmon. Not to forget conversations with Rick who has lived with the grizzlies for more than twenty years on this river.