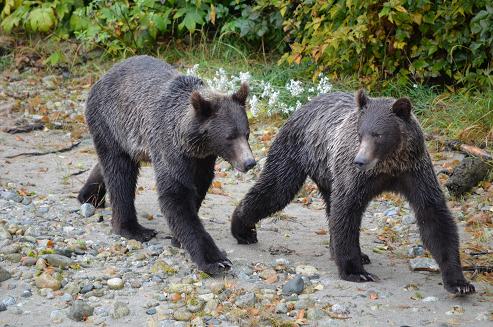 These two sub-adult bears are likely in their fourth year and it is common to see grizzlies of this age together. Depending whether their mother became pregnant they may have stayed a second (even a third) year, denning together and breaking up in the third (or fourth) year. Alone and vulnerable, siblings will often stay together for some time after their mother abandons them, eating and sleeping side-by-side, and even denning together. The average breeding age for female grizzlies is 4.5 years. Males reach sexual maturity at roughly the same age as their female counterparts. Even though males are capable of breeding at three or four years of age, they rarely have the opportunity to do so because of intense competition from older, bigger males. 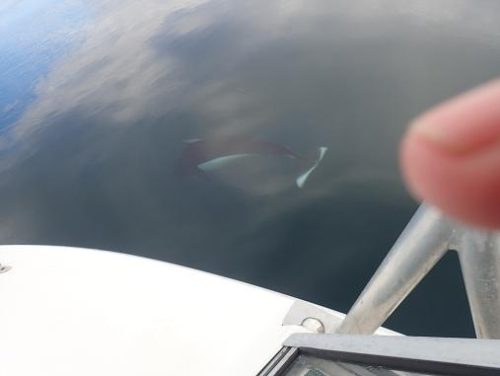 It is a good thing that there has not been a law passed about taking one handed photos while driving a boat – or I would miss some of my better opportunities. This is a dall’s porpoise that came to visit while we were waiting for a humpback whale to surface so I really was not driving….