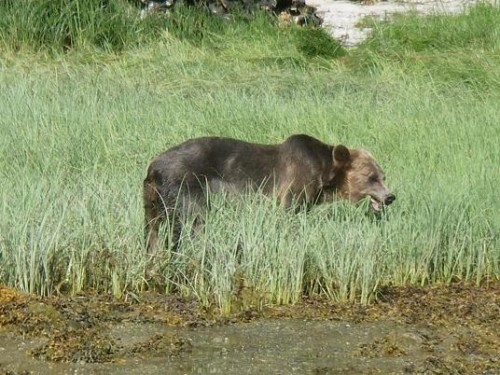 This grizzly bear was about two hundred meters (yards) from the loading ramp in yesterday’s post. It was not concerned as we moved slowly along the shore and made our way back to the dock for lunch. It was taking a break from chasing salmon on the river as the tide was to low and the salmon were just out of reach in the deeper pools. Once the tide rose some the bear was back on the river as the salmon were able to move up the river to the spawning areas.