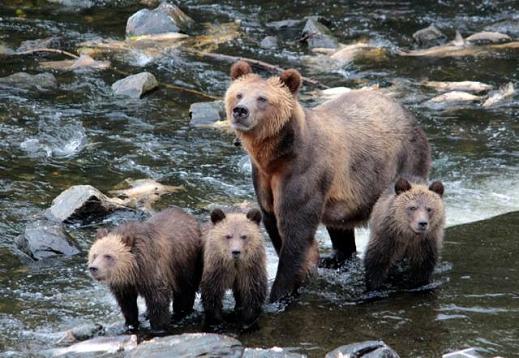 Comparing this photo with the posting of December 5th it is obvious that they are the same bears but the background is different. In the background of this photo are more than a dozen dead salmon. This summer was an extremely dry with no rain for several months. The lack of rain meant that the Glendale River was lower than normal and Tom Brown lake that feeds the river was much warmer than normal the result was a very low oxygen level in the water and many dead salmon. The dead salmon count was several thousand but many of the late arriving salmon stayed in the bay at the mouth of the river so when the rains came in October so did more salmon. 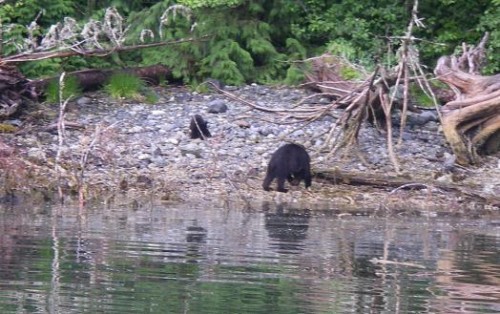 This mother and black bear cub are also beach feed as was the grizzly in yesterdays post but they are spending most of their time turning over rocks in search of crab, clams, barnacles, amphipods and other tiny invertebrates. Black bears do not normally have access to the salmon in the rivers because of the grizzlies, so much of their protein in from this beach food.