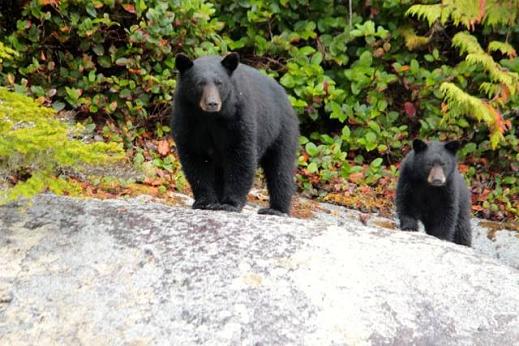 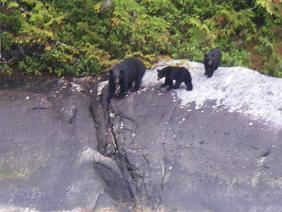 I recall these black bears because for most of the season it was hard to get photos of black bears.  All our guests had good photos of grizzly bears but photos of black bears were much harder to obtain. These three bears, mother and two cubs, were on a rock face on the shore of Knight Inlet on the return trip from watching grizzlies all morning. They were on the shore scraping muscles off the rocks and we followed them along the shore for the better part of half an hour as they moved in and out of the bush as they worked their way down the shore for better patches of muscles to eat. Paul and Sheila took the larger photo while the smaller one was from my camera to show there were three bears. 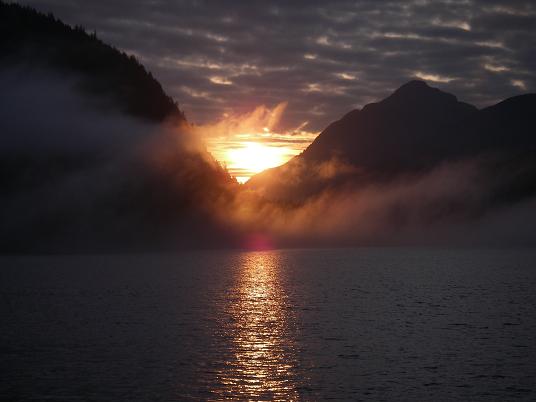 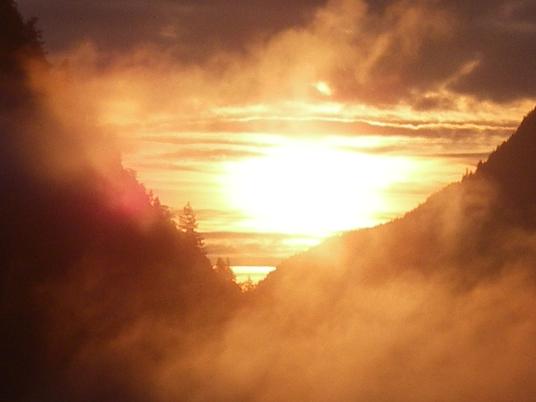 Not a common sight but magnificent when it does occur –  sunrise photos from the front deck of Grizzly Bear Lodge.  Guides are up by 6:00 or 6:30, depending on the time of the season, to make fresh coffee and to finish setting the table for breakfast. Some guests are up when we rise others are called an hour later. In this case the “early bird does get the worm” (sunrise).